Huge misfire from Tomas Alfredson, with a multitude of bizarre choices. Like a bad 80's VHS rental.

Effortless retread of a show that survived well past it's sell-by date. Money grabbing sequel that ups production value and bypasses the charm of the original. Even The Rock can't avert this disaster. Earthquakes have never involved such little jeopardy. Paper thin movie from Will Ferrell on autopilot. On the wrong side of borderline offensive. Attack of the Clones

Nonsensical, badly cast Euro-Actioner, from a director long past his brief prime. Seeking A Friend For The End Of The World

Mind-numbingly slight dramedy, with a vintage turn from Keira Knightley. Hilariously superficial art house twoddle. 'Style' turned up to 11, content down to zero. 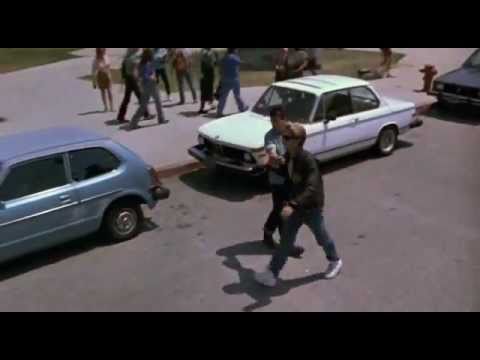 "Tuff Turf" is the worst teenage exploitation movie since "Where the Boys Are". It even has an equally wimpy hero, a young actor named James Spader who seems so laid back and introspective and sensitive and zonked that it is occasionally all he can to do rouse himself to the level of speech. A bloated, wasted opportunity of a western, played for Jack Sparrow-esque gags at every turn. Effortless smuggling thriller with Marky Mark on auto-pilot. Not #TheOtherGuys.

Lame attempt to modernise the brat pack movies of the 80s. Light on LOLs. Ugly, over-hyped exploitation movie from a past his best director that plays out like a 90s video nasty. A Little Bit of Heaven Gosling and Bateman swap lives. Everybody learns something. Clumsy, inefficient thriller. Was going to say wannabee-Polanski, then I noticed Polanski directed it. Another lifeless motion capture animation from a flagging Robert Zemeckis. Romcom by numbers with J-Lo. See 'Maid in Manhatten' for details. Did You Hear About The Morgans?

The Book of Eli

One of the thinnest plots I've ever seen. Like Neighbours does superheroes.

All the confusion and chaos of Transformers 1, but amped up to 11 and still stretched out to 150m.

Security guards stage a heist. Nimrod Antal directs. Don't hold your breath for Predators to be any good.

Confessions of a Shopaholic

Unadventurous rom-com, with no surprises.

I was on a plane and it was on. Empty first-job rom-com with odd casting including Burton's Batman. You Don't Mess With The Zohan

Mass stupidity with the occasional chuckle. Pens are three girls from London, channeling lo-fi riffs through the usual mix of irony and nostalgia, even going so far as to re-create the awfulness of 80's VHS video on the promo for single High In The Cinema. Opener Horsies sets the scene, with layered vocals leading into a some furious drumming - which turns out to be the one trick of this pony, as witnessed on 1-2, Networking and more. There are some nice ideas and moments in here, but they tend to be just that - moments.

The majority of reference points that spring to mind all to easily here come from the past two years worth of DIY noise pop that has enjoyed something of a phenomena in terms of excitement. However all these bands have a pop hook around which to structure much of their abrasion. Whether using the surf rock template of Wavves, or the rockabilly charm of Sic Alps there was a hook buried somewhere and the thrill was digging for it and finding it. Times New Viking piled up all kinds of sonic rubble, but the reason you came back for another pummelling was the hook. Even Eat Skull's Sick To Death had me asking for more after receiving apparently so little, but Hey Friend What You Doing? fails to do this most basic of things on nearly every level.

Sure, they might be fun live - but if I want to see people jumping around there are already many outlets to fulfil that need. At the end of the day, music needs to work on many different levels. Much to be said for just getting on with things and doing it - as it's easy for me to sit here and slag this off, but with so little to actually engage the listener and barely a drip of originality of craftsmanship it's hard to do anything else.

The whole reality-TV induced message of 'anyone can do it' has a lot to answer for. Enthusiasm, wacky clothes and some toy instruments just aren't enough - bands need to start taking their time, getting things right and then releasing them. This casual effort has marked their card and Pens are one band who will certainly struggle to catch my attention again.

Over Her Dead Body

Even the excellent Paul Rudd can't save this turkey. Being that I'm neither of a superstitious persuasion or a 9 year old boy I do not have a favourite number. If I was to do so however it would be 45. Being a history geek it resonates with 1945. It constitutes one half of the beautiful game. But really it is a happy conjunction of the fact that classic albums were moulded for the 45 minutes of space on vinyl and that 45 is the number of minutes it takes for me to walk home work. 45 minutes of blissful private head space and immersion music.

Working as a music reviewer can reap rich rewards and found gems have always rendered the before mentioned 45 minute walk a pleasure. Red Red Meat made it tortuous and tedious in equal measure. Bunny Gets Paid was the third of a trilogy of albums from the Chicago 'post grunge' band, first released in 1995. The omens are good as Sub Pop proclaims it as 'easily one of the high points of the entire Sub Pop catalog'. With stiff competition that is quite some accolade and prompted some excited anticipation.

To my mind it seems there's a perfectly adequate reason as to why Bunny Gets Paid failed to sell first time round. Because it's not that good. The necessary ingredients are all present, with fuzzy guitars and outsider ethos, but it fails to inspire. At the time it would have sounded much like everything else and sadly it stills does. There's no sense of kicking oneself and cursing 'damn how did I miss out on this first time round?'. By some accounts Red Red Meat have turned out to be quite influential but I doubt they will acquire Velvet Underground status as a band feted after the event. To be remembered as significant requires more credentials than that the band were present at the grunge banquet with the obligatory slacker attitudes and a penchant for flannel shirts.

Apparently what makes Bunny Gets Paid stand out is that the band decided to play around with form to create a more loose sound. They succeeded with this, whilst also jettisoning melody and coherence. It sounds like a sound check from when Beck had a devil haircut; a sound check at which he couldn't be arsed to boot. The mid nineties obsession with rejecting over-production means that there is almost no quality control. Main man Tim Rutili recalls of the record "when I bring in a song it's usually not that good until other people fuck around with it, and there was a lot of fucking around this time". Somebody should have pointed out that broths that are stirred by too many cooks get spoiled. Red Red Meat lyrics are oblique, something to normally be encouraged, but instead of prompting intrigue, reflection and personal interpretation just lead to bemusement and a shrug of the shoulders.

Die hard fans will be pleased to know that this release of Bunny Gets Paid is also accompanied by extras- B-sides and out-takes - but passing trade may find it all utterly tedious. I dare say a handful of listeners may love this cult offering but, much as it would pain my 1995 persona to have to hear me say so, I think Sub Pop is wrong. This is not a Sub Pop high point.